Our Founders & our Team 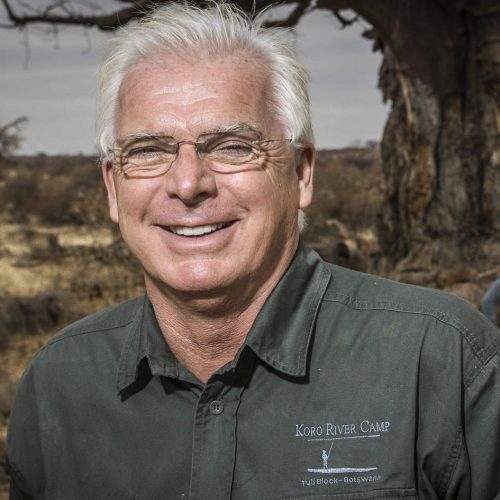 As a very successful entrepreneur and investor, amongst others, in green and environmental technology, Albert has funded for more then 15 years research relating to Leopards and protection of this threatened species. His funding and work ultimately have resulted in a change of traditional ceremonies and hunting laws.

This funding encompasses a wide range of vital subjects, from support to the Wildlife Department with aircraft, anti-poaching and re-introduction of endangered species such as rhino and sable antelope, but also schooling of local young people and the assistance and protection of farmers against that same wildlife. 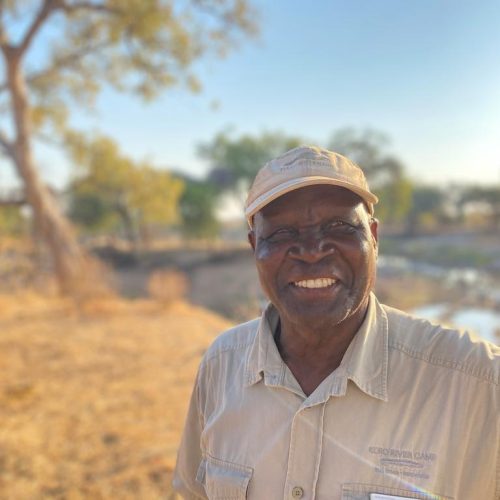 Solomon is one of the best senior trackers and assistent guide in this industry. Originally from our area but having worked in the Delta for many years, he decided to return to his roots. With him and Moses on one of our game drives or bush walks you can be sure nothing will be missed. His eyes are still the best from all of us and he makes an exceptional G&T. 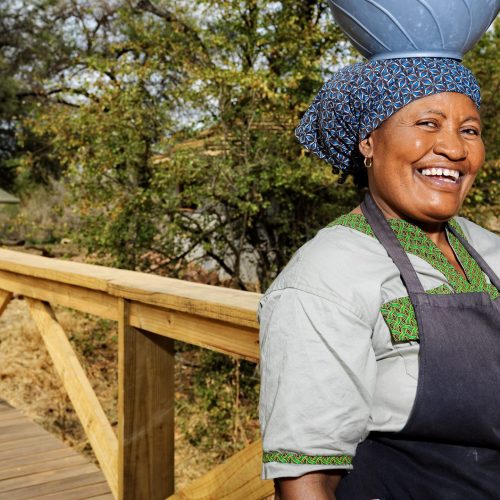 In our opinion the best bush chef you can find. Before she joined us she already had a successful career of no less than 24 yours in another bush lodge. She still is eager to learn new recipes and try new dishes. Her high teas with the most delicious cakes, dinners with real artisan cooked food and off course her own vegetable and herb garden have become famous amongst our guests. She is always in for a cook off with one of guests star chefs! 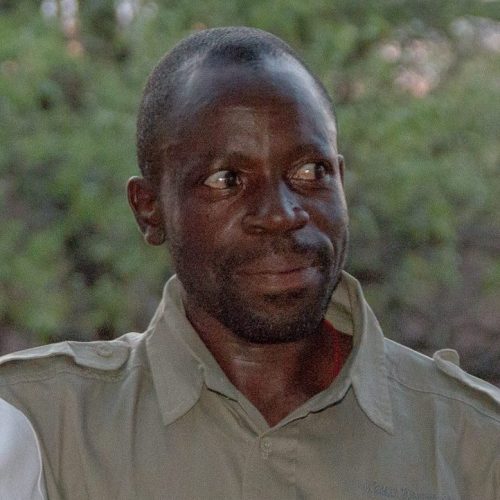 Joseph has been with us from the beginning. Quietly he has been working his way up to the head of the technical department. Because he has been involved in the actual construction of our Camps as well there is no technical matter that can surprise him. Over and above this he has a great sense of humour and an even bigger smile. 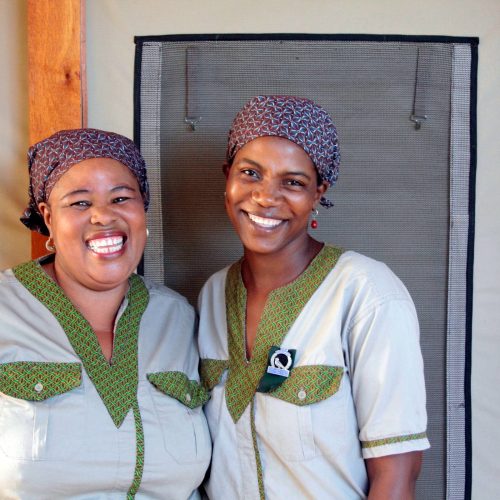 Responsible for our housekeeping and laundry. Margeret joined us in 2017 after she had recovered from a Hippo attack! Her hard work shows and you can hear her laughing from far away! Elina is the opposite, her mysterious smile makes you wonder… 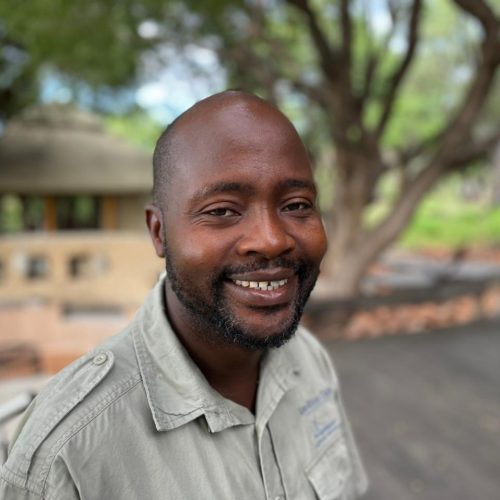 He has over 10 years of experience guiding guests through the bush of Botswana. Sakaeo was born in the Tuli area and knows the area like the back of his hand. He has always stayed in Tuli and has always worked here as a guide.

As a small boy of 12 years old he already knew that he wanted to become a guide and he often went out into the wild with his dog. Sakaeo is a passionate wildlife lover and loves to talk more about the behavior and habitat of wild animals. He can’t wait to let you discover the bush! 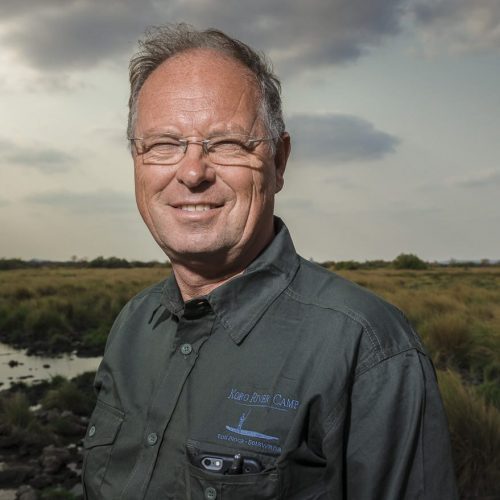 Left Europe in 2005 after having worked in the Oil & Gas industry for many years. Ultimately changed his career to development and management of private owned nature reserves in the Greater Kruger National Park region. In this capacity worked closely with the WWF on the Black Rhino Range Expansion Project and pioneered the first successful community based tourism projects allowing local communities to develop and manage safari operations.

Albert and Jurgen met in 2012 by accident as both were looking for an opportunity to put their vast experiences into a long term sustainable project. This ultimately resulted in the Botswana and Mozambique Operations. 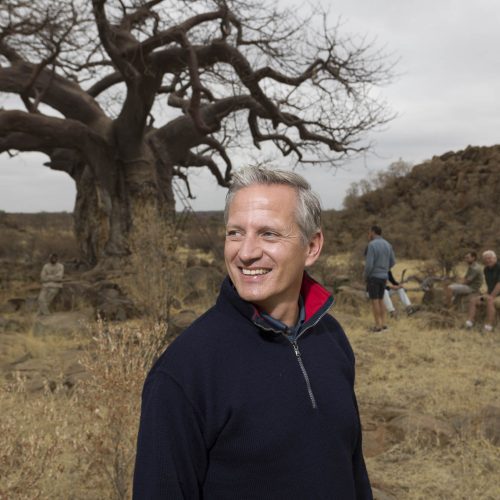 Dick is Managing Partner and co-founder of Active Capital Company and Chairman of the Board of Timbo Afrika Foundation. In his capacity he motivates the companies part of the Active Capital Company portfolio to donate a fixed amount of their profits towards the Foundation and assists the operational companies in Botswana, Mozambique and South Africa with their financial structures. A passionate supporter of our projects and ambassador in The Netherlands resulting in many of his business relations becoming guests in our Camps. A real Africa lover with a passion for elephants. 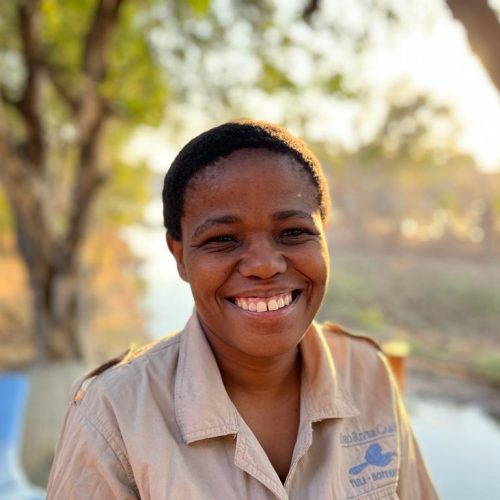 a charming young lady with a strong character. A very dynamic and result driven professional with progressive years of experience in the tourism industry. Same is here to make you smile and will do her utmost to enjoy your stay! 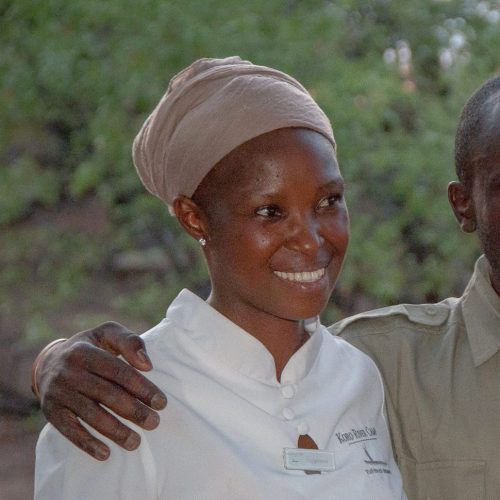 Happiness is a charming young lady with a strong character and strong hands. She is specialised in providing wellness and massage services in our little pavilion and also is your host during the day. 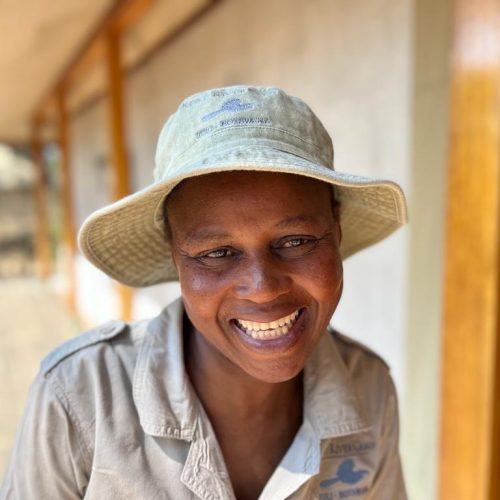 Sylvia is a fresh breath of air, a very calm human being and making your stay as memorable as possible.